At River, Blood, And Corn, we are promoting community and strengthening cultures with storytelling, poetry and prose. Established in 2010 by Native writers, our starting point and our goal, is to honor the work and lifeways of Lee Francis III, Wordcraft Circle of Native Writers and Storytellers, to ensure the voices of Native writers and storytellers are heard throughout the world.
A variety of writers, backgrounds, communities and viewpoints are presented. Included in our themes are the Elders whose lives informed, instructed, shaped and changed ours.
While our primary focus is Indigenous writers, we have woven writers and artists from a variety of ethnicities and communities into our pages. Perhaps people of many ethnicities, including recent immigrants from throughout the Americas as well as other parts of the world will find something in this collection that will speak to them with respect to issues of race, identity, culture, community, and representation.
Thank you to our readers. We are honored and grateful to each one of you.
Posted on December 01, 2022

by Alice Rose Crow ~ Maar’aq
Alice Rose Crow ~ Maar’aq is among the kass’ayagat of the Kusquqvaq diaspora. She is an independent maker based in Anchorage, Alaska. For the Covid-19-year of 2021, the Anchorage Museum at Rasmuson Center invited Alice to curate a series of creative interpretations to augment ongoing efforts to examine archived collections. A mutual and consolatory goal is to bring attention and reflection to little known and overlooked elements living within the Anchorage Yugtarvik.3 An inclination is to keep stepping toward broadened and deepened groundedness, mutual acknowledgment, contemplation, engagement, understanding, deep dialogue, and sharing among First Alaskans, relatives, migrants, expats, and allanret4 across generations, languages, and amid evolving cultures, technologies, and world views.
Her mixed form 2021 collection commissioned by the Anchorage Museum,Yugtarvik: A Tʌndrə’d Glimp, is available via the yugtarvik’s website at https://www.anchoragemuseum.org/major-projects/projects/chatter-marks/#journal (scroll down to Journal Issues).
Yugtarvik: A Tʌndrə’d Glimp is also available for direct digital download:
https://view.flipdocs.com/?ID=10017700_675590
Posted on September 29, 2022

Denise Low, former Kansas Poet Laureate, is award-winning author of 30 books of prose and poetry. She blogs at Denise Low Postings with reviews, supporting writers and their events, and co-publishes Mammoth Publications, which specializes in Indigenous American authors.
http://deniselow.blogspot.com
Posted on June 13, 2022

LAST WILL AND BEST GUESSES by Deborah Jang 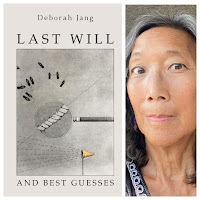 "Deborah Jang knows the terrain of the human heart. In Last Will and Best Guesses she offers an unflinching meditation on mortality and mystery. Jang taps into our shared experiences from the pandemic to racial reckonings, the environmental crises, the plights of refugees. She writes candidly about the workings of her mind, which are the unspeakable workings of ours too. She muses on connections and consciousness that alter and deepen through recent and ongoing trauma and settles into grace. This is a rich, relatable book to pull out again and again." –Terra Trevor is a contributor to 15 books including, Take A Stand: Art Against Hate.

"Deborah Jang writes through a raging global pandemic, when a “planet [is] spinning off its axis,” gathering strength to face its uncertainties and attendant anti-Asian violence and sentiment. This is a reserve, for herself, and future generations, and I am nourished by her work." –Diana Khoi Nguyen is a poet and multi-media artist whose book, Ghost Of, was a 2018 finalist for the National Book Award in Poetry.

“Mind bent, nose blown, fingers crossed./Head bowed, going home.” Deborah Jang writes to the rhythm of life while examining death and all its intricacies. This chapbook is an exhale and a deep breath." –Vogue M. Robinson is the author of Vogue 3:16 (2014) and served as Poet Laureate (2017-2019) for Clark County, Nevada.

by Deborah Jang
People stand by during attack of elderly Asian woman – Associated Press
Did you catch a whiff of lilac
on that warm summer eve
while we gathered at the bus stop,
each wandering our mind?
Out the corner of your eye
did you flinch, did you see him
rushing twilight, pushing rudely in?
In a flash of recognition,
did your stomach tell your throat
what was going down?
Did you see my toes curl fetal
while I lay sideways
on the concrete stunned?
Did you freeze in fear and horror?
Did you look the other way?
Did you reach down for your phone
or was it already in your hand?
Were you scared to intervene?
Did your silence cheer him on?
Was it you who kneeled down
and whispered something kind
I didn’t understand?
Did you see my bruised face on TV?
Did they say my name?
Did they even try?
Copyright © Deborah Jang. All rights reserved.
Deborah Jang’s creative practices include assemblage sculpture and poetry, based out of Denver, Colorado and Oceanside, California. Her debut poetry collection is titled Float True (Shanti Arts, 2020). Her new chapbook is Last Will and Best Guesses (Finishing Line Press, 2022). deborahjang.com
Posted on March 03, 2022

by Kim Shuck
Grandma lived with this peppernut
Sapling and tree
They drank the same water
I know that the creek is here
Under ground
Under thought
Near the lilac
Someone’s relic of a different life
Someone’s idea
Carried from somewhere else
On a quiet day
When there has been rain
Rest your cheek on the trunk and hear/feel
Water
Running in cracked pipes
Grandma
The tree
The elderberry
The salamander
The sense of humor
The fog
Each water particle
Rhymes with the life here
Whispers kinship
To the cracked and layered
Rocks on this
Hill
Copyright © Kim Shuck. All rights reserved.
Kim Shuck is the 7th Poet Laureate of San Francisco Emerita. Shuck is solo author of eight books and one that is on the way. She has edited or co-edited ten volumes of poetry. She contributed essays to the recently released de Young 125, a collection of writing about and photographs of pieces in the permanent collections of the Fine Arts Museums of San Francisco. Her most recent collection of poems is Exile Heart from That Painted Horse Press. www.kimshuck.com
Posted on February 01, 2022

On the anniversary of the death of Dr. Martin Luther King, Jr., April 4, 1968
by Robert Bensen
Whoever we might have been,
whatever grief or fury we might have shared
were lost when the mighty arm
that God and the weight room gave him
brought down, I believe
a set of knuckles to open my skull
to the complicity of my complexion
and turn us, like the twilight, black and white.
A half-hour later: dizziness, nausea,
a swarm of psychedelic lights.
The brain trauma specialist
asked if I always sweat like this.
—Yes, I said, yes, yes,
I always sweat like this.
Police stacked the table with album after album of mug shots,
thumbnails of beautiful black males, growing older, somewhere, maybe.
Maybe my main mugger-man in there, or the brothers who shot up the neighborhood
night after night I lay sweating bullets on the floor, that summer the night
one of their grandmothers took a slug through her picture window into her heart.
None of those faces belonged above the arm
I can still see silhouetted against the cool dusk of April 4, 1968,
before it descended like the wrath of Jehovah
who smote the hard, hard hearts of the children
all the harder because they were his children.
—Officer, I said, I never saw the man’s face.
Cop thinks —This guy’s a waste.
But I had seen the heraldry of race, an arm raised,
and locked in the fist, a club, a mace—
trapped in this row after row, page after page
of sullen faces. Many frames, one rage.
I wonder: could he pick out of a college yearbook,
or a line-up of my entire despiséd race,
me, whose head got in the way of his fist?
Did this startled face serve in place of him
who cocked the hammer and aimed the rifle
and pulled the trigger that fired the bullet
that flew through Memphis
that lovely April afternoon, the bullet
that has been flying for half a century,
bullet flying still—
would this one do, who did nothing to stop it,
nothing whatever to stop it,
this one who’ll never undo the nothing he did
with the nothing he wouldn’t do, if he could.
First published in Piltdown Review.
Copyright © Robert Bensen. All rights reserved.
Robert Bensen is a poet, essayist, teacher, editor, and publisher in Upstate New York. Most recent among six collections of poetry are Before and Orenoque, Wetumka & Other Poems (Bright Hill Press). Poetry and literary essays have appeared in AGNI, Akwe:kon, Antioch Review, Berfrois, Callaloo, The Caribbean Writer, Jamaica Journal, La presa, The Paris Review, Ploughshares, Poetry Wales, and elsewhere. He has edited anthologies of Native American and Caribbean literature, and authored a bibliographic study, American Indian and Aboriginal Canadian Childhood Studies, at Oxford University Press online. His writing has won fellowships and awards from the National Endowment for the Arts, the National Endowment for the Humanities, Harvard University, the State of New York, Illinois Arts Council, the Robert Penn Warren Award, and others. From 1978 to 2017, he was Professor of English and Director of Writing at Hartwick College (Oneonta NY). He also taught at Parkland College and SUNY Oneonta, and conducted community workshops, including the Red Herring Workshop (Urbana IL) and the Seeing Things Poetry Workshop at Bright Hill Press and Literary Center (Treadwell NY). He is the founding editor of two literary presses, the Red Herring Press and Woodland Arts Editions. robertbensen.com
Posted on January 07, 2022

Race, Ethnicity and My Face 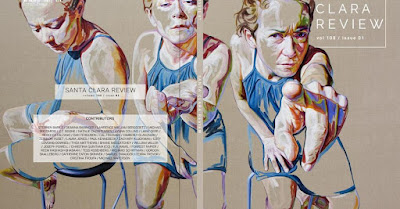 River, Blood, And Corn: A Community of Voices

Promoting community and strengthening cultures with storytelling, poetry and prose.

If stories come to you, care for them. And learn to give them away where they are needed. Sometimes a person needs a story more than food to stay alive.
—Barry Lopez, in Crow and Weasel

Poetry may not change the world, but its lack will. —Carol Willette Bachofner